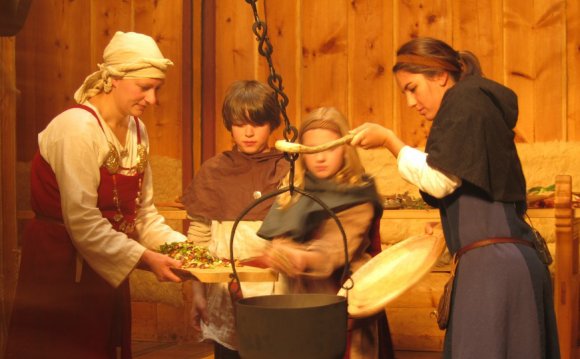 There is a whole world of places to get dog names from. So how do you narrow it down and find the perfect name for your pooch? One way is to look for what a name means. Mythology is a great place to turn for names brimming in meaning. Everything from gods and goddesses to nymphs and even mystic locations can make great names for your dog.

Norse mythology has a wealth of meaningful names. This mythology comes from the region of Northern Europe known as Scandinavia. A pantheon of gods led by Odin, the All-Father, have adventures, fight their enemies and each other in the myths.

In this article we'll look at 15 names out of Norse mythology that could be just right for your dog.

Odin is the head of the Norse gods. He is known as the All Father. He is a god of battle, prophecy, and poetry among other things. Odin keeps close contact with the wild, mystic warriors known as berserkers.

Thor is the god of lightning, thunder, storms, and strength. He wields a mighty hammer, Mjolnir, that is perhaps the most famous weapon in Norse mythology. Thor is usually described as having red hair, so this name might be good for a red or russet dog.

Frey and Freya are brother and sister gods in Norse mythology. Frey is the god of rain, sun, and harvest time. Freya is a goddess of love and fertility. She enjoys the finer things in life. Freya is also a skilled magic user.

A Valkyrie is a warrior maiden who looks at mortal battles and chooses from those who die only the most brave to join the gods in the halls of Valhalla. The Valkyrie prepare the gods' battle forces for the coming of Ragnarok – the end times battle. Valkyrie are always brave and stalwart, but they can be loving too.

Ragnarok is a terrifying disaster that occurs sometime in the future in Norse mythology. When Ragnarok comes there will be huge battles all over the world, natural disasters like earthquakes and fires will occur. Gods will die. Eventually, the world will be swallowed up by water. But after this disaster, the world will reappear, clean once more, and will be repopulated by two surviving people.

This name might be great for a tough or intimidating dog who is very kind and sweet at his core to the family he loves.

Mjolnir is the name of the thunder god Thor's hammer. Mjolnir is so powerful it can level mountains to the ground with just one blow. The hammer has a short handle and was made by dwarfs. Because it is so stout and powerful Mjolnir might make a good name for a heavier set or stocky dog.

Jotun are giants who are often in conflict with the Norse gods. Jotun are huge, but their appearance varies a lot otherwise. Some are beautiful while others have claws in strange places or are somehow deformed. The Jotun are forces of chaos in the world.