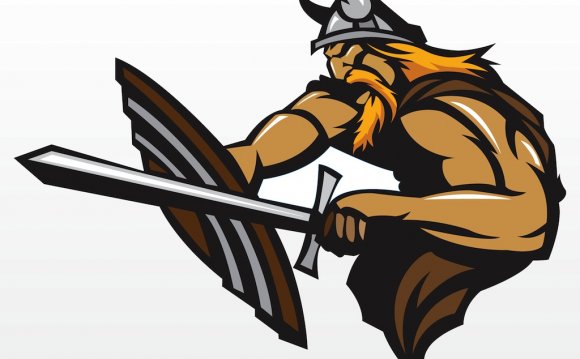 Neil Gaiman was 6 years old when he first met the Norse god Thor — although he wasn't the red-bearded hammer-slinger of legend. "Marvel. Marvel's Thor came first, " he says. "I was reading the reprints of Marvel's Thor in an English comic called Fantastic. Dr. Don Blake found this stick in a cave, banged it down and transformed into Thor, and the stick transformed into the hammer." Gaiman says he spent a lot of his first decade looking for likely sticks, "just on the off chance that they might the Thor stick, and might transform into a mighty hammer. But none of them ever did."

Not long after that, he picked Roger Lancelyn Green's classic Myths of the Norsemen to learn more about his favorite characters — and found himself fascinated by a vision of Asgard that was nothing like Marvel's sci-fi space palaces. "It was a bunch of huts with a wall round them. Thor was now red-bearded, irritable, muscly, zooming around the sky in a chariot pulled by goats, and not necessarily the brightest hammer in the bag."

That childhood fascination informs Gaiman's new book, Norse Mythology, a lively, funny and very human rendition of Thor the thunder god, his father Odin and and the dark-hearted trickster Loki (plus countless other gods and monsters). Most of what we know about the Norse pantheon comes from the Eddas, two massive works of medieval Icelandic literature that date from the 13th century — but there are countless stories that have not survived.

I spoke to Gaiman by phone about how he approached the ancient tales.

You say in your introduction that it's Ragnarok — the fateful battle that ends the gods — that made these stories stick in your head. Why is that?

The biggest reason is because it turns the entire thing into a tragedy, which gives it depth, it gives it base notes, it gives it a peculiar profundity. It also means that it becomes immediate, as you read about Ragnarok you can always look out of your window and go, "Is that happening now? Is it going to happen?" The gods, even at their funniest, you know that this is waiting for them ... when I was a kid, that fascinated me.