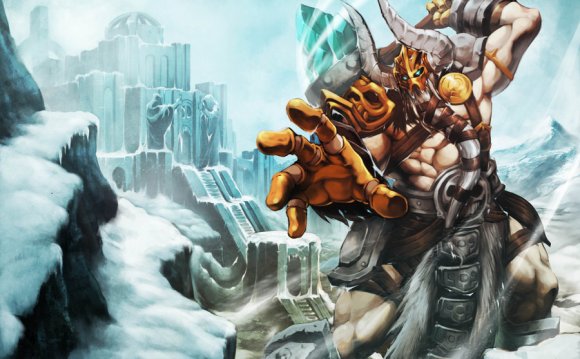 In Norse mythology, Odin is the leader of the gods. He is basically the Norse equivalent of Zeus, but if you take away Zeus’ constant complaining and pure rage. Odin has his moments, but Odin is all-seeing, all-knowing, and, more importantly, all-powerful. He would be an “all-around” video game character, but he is far too powerful and far too wise for that.

Assuming Kratos has no ties to Odin and simply lives in this world, Kratos would likely find some reason to complain. Be it about his lack of control, his age, or simply knowing there is a higher authority, Kratos must have some sort of conflict in his life. Kratos would end up first butting heads with Odin, who, would outsmart in a contest of intelligence and then leaving to begin his climb to control over Scandinavia.

Of course, Odin would have to be the final boss as well, where he fights Kratos with his magical powers, used to both combat and confuse Kratos at the same time. Odin is inevitable, however, as the most prevalent god in Norse mythology. Odin is essentially the last step to Kratos’ second triumph over an entire pantheon of gods.

The MCU has done a fine job recreating the comic version of Thor, which did a decent job recreating Thor from Norse mythology. If there were any inconsistencies, one would be that Thor is far less intelligent in Norse mythology. He is kind of empty-headed in the MCU, but not close to that of what Vikings believed. Regardless, Thor is another no-brainer for Santa Monica. Thor’s brute strength offers too good a boss fight to pass up.

Thor, like Hercules from God of War III, does not require any previous characterization. Along Kratos’ journey, a storm is brewing, complete with lightning and thunder. Amidst the storm, Thor descends from Asgard to have a confrontation with Kratos before they have it out with each other. Taken directly from “Loki’s Quarrel” in The Poetic Edda, a book full of Norse poems, Thor says to Loki: “Be silent, perverse creature, my mighty hammer Miollnir shall deprive you of speech.” Thor says something overwhelmingly ominous like this to Kratos, thus beginning the boss fight with the god of thunder, ending with Kratos obtaining Miollnir.

Everyone is familiar with Loki. He was that one villain from The Avengers. He was also Thor’s brother if I remember correctly. Well, that last part’s not true, but the MCU was right on the money with their casting and writing of the roll. Loki is the god of mischief who rarely does anything good for anybody else, and if he did, it was definitely by accident. A shapeshifting maniac who roots for the bad guys, who better to taunt Kratos than Loki?