Where did viking gods live? 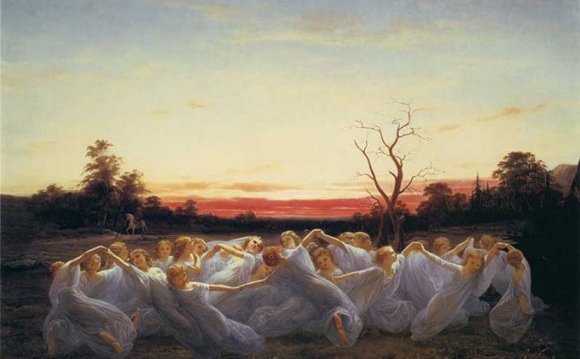 When the Vikings came to Britain, they had their own pagan religion. They worshipped many gods. The old stories they told about gods, giants and monsters are known as Norse myths. In one story, Thor, the god of thunder, tries to prove his strength to the Giant King by attempting to lift a giant cat. But he could only lift one of its paws!

Odin was the ruler of the gods, and the god of magic, poetry and war. His wife was the motherly Frigg, and their son was Balder, who was kind and gentle. Freyja was goddess of love and fertility, and wept golden tears when she was unhappy. She had a twin brother Freyr, and their sacred animal was the boar.

Red-headed Thor ruled the skies, storms and thunder. He had iron gloves, a magic belt and a hammer. People loved Thor but did not trust Loki, the mischievous 'trickster god'. By a trick, Loki caused the death of Balder.

The dead and Valhalla

A dead person was buried or cremated (burned) with some of their belongings, to take into the next world. Some Viking chiefs were given ship-burials, with treasure, weapons, and favourite dogs and horses buried with them.

Viking stories told how people lived in Midgard or Middle Earth, along with giants, elves and dwarfs. The gods and goddesses lived in a sky world called Asgard. Linking Midgard with Asgard was a rainbow bridge.

The Vikings told many tales of monsters, such as trolls, dragons, sea serpents, and the fierce wolf Fenrir (which the gods tried to keep chained up). Odin rode a magical horse named Sleipnir, which had eight legs.

The Vikings and Christianity

Not much is known about how the Vikings worshipped their old gods. It's thought they had 'magic trees' and perhaps wooden temples. Some Vikings may have killed captives as human sacrifices. These old pagan customs died out after Vikings became Christians. People in Britain had been Christians long before Vikings settled here in the 900s. Soon most Vikings too became Christians. Viking leaders founded churches and put up painted stone crosses. However, some Vikings continued to follow their old religion at the same time.