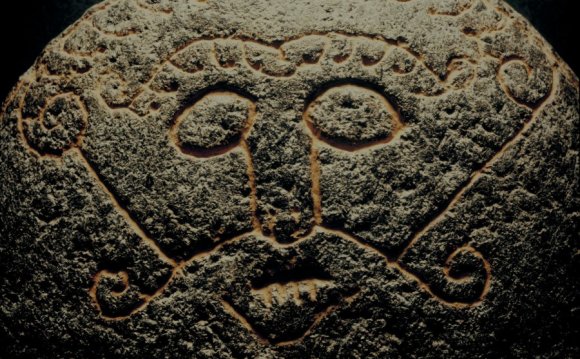 Loki, the Trickster, challenges the structure and order of the Gods which is necessary in bringing about needed change. In the Prose Edda Snorri Sturluson writes that Loki:

is handsome and fair of face, but has an evil disposition and is very changeable of mood. He excelled all men in the art of cunning, and he always cheats. He was continually involving the Aesir in great difficulties and he often helped them out again by guile.

Neither an Aesir or a Vanir, he is the son of two giants and yet the foster-brother of Odin. Loki embodies the ambiguous and darkening relationship between the gods and the giants. He is dynamic and unpredictable and because of that he is both the catalyst in many of the myths and the most fascinating character in the entire mythology. Without the exciting, unstable, flawed figure Loki, there would be no change in the fixed order of things, no quickening pulse, and no Ragnarok.

He is responsible for a wager with a giant which puts Freyja into peril (Myth 3) but by changing both shape and sex (characteristics he has in common with Odin) he bails her out. In Myth 10 he shears Sif’s hair which is more mischievous than evil, but he makes amends in the end. In Myth 8 his deceit leads to the loss of the golden apples of youth… but he retrieves them again. He helps the Gods and gets them out of predicaments, but spawns the worst monsters ever seen on the face of the Earth: Fenrir, Jormungand, the Midgard Wyrm. His other children include the goddess Hel (Hella, Holle), and Sleipnir, Odin’s 8-legged horse.

It is now generally accepted that he is not a late invention of the Norse poets but an ancient figure descended from a common Indo-European prototype and as such, Loki’s origins are particularly complex. He has been compared to a number of European and other mythological figures, most notably the Trickster of Native American mythology.

As the myths play out, the playful Loki gives way to a cruel predator, hostile to the gods. He not only guides the mistletoe dart that kills Balder but stands in his way on his return from Hel (the citadel of Niflheim). His accusations against the gods at Aegir’s feast (Myth 30) are vicious. He is an agent of destruction causing earthquakes. And when he breaks loose at Ragnarok, Loki reveals his true colors; he is no less evil than his three appalling children, the serpent Jormungand, the wolf Fenrir and the half-dead, half-alive Hel (Myth 7), and he leads the giants and monsters into battle against the gods and heros.