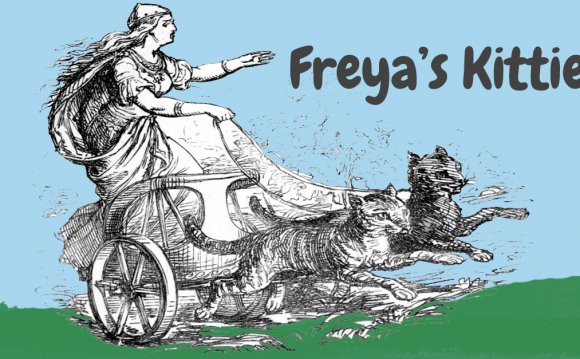 Freya is the Goddess of love in Norse mythology, but she is also associated with sex, lust, beauty, sorcery, fertility, gold, war and death. The name Freya (in old Norse “Freyja)” means “lady”, and can also be spelled (Freya, Freija, Frejya, Freyia, Fröja, Frøya, Frøjya, Freia, Freja, Frua and Freiya). She does not originate from the Aesir but she is from the Vanir, she and two other Gods was sent to the Aesir by the Vanir as a token of truce, in return the Aesir also sent two Gods to the Vanir. Freya became a honorable member of the Aesir after the war between the Aesir and Vanir ended.

Freya is the daughter of Njord and his sister Nerthus, and she has a twin brother named Freyr. Freya is married to the God Odr, but he somehow disappeared but it might be Odin, she has two children with Odr, their names are Hnoss and Gersimi. Some of the weekdays in Norse mythology originate from some of the Gods and Goddesses, and Freya might be associated with the day friday, but there are conflicting sources so it could also be the Goddess Frigg.