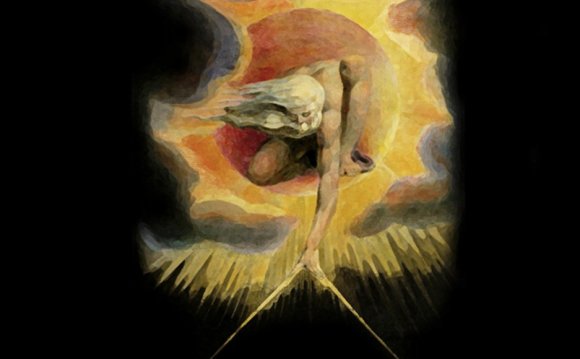 Höðr, sometimes called Hod, is the twin brother of Baldur, or Baldr, and is a Norse god associated with darkness and winter. He also happened to be blind, and appears a few times in the Norse Skaldic poetry.

Their father, Odin, was concerned about Baldur, who kept suffering from terrible nightmares. So, Odin traveled to Nifhelm, the land of the dead, where he resurrected a wisewoman and asked her for advice.

She told him that Höðr would eventually slay Baldur, so Odin went back to Asgard, not happy about these developments.

Odin spoke with Baldur’s mother, Frigga, who decided to have all the creatures on earth swear an oath not to harm Baldur – this way, Höðr could use no weapon against his brother. Unfortunately, Frigga missed her chance to speak with the mistletoe bush. Tricked by Loki, Höðr created an arrow from the mistletoe branch which pierced Baldur’s body, killing him instantly. In some stories, it is not an arrow but a spear instead.

The death of Baldur at Höðr’s hand signified the darkness ruling over the light. As the nights grew longer and colder, the sun faded away each year. There are some clear similarities between this story and many others which detail the changing of the seasons, such as the Greek myth of Demeter and Persephone, and the legend of the Holly King and the Oak King in NeoWiccan beliefs.

Despite being tricked by Loki, Höðr was the one responsible for the death of his brother, and there was a general rule that deaths like Baldur’s must be avenged. Odin tricked a giantess into conceiving a child for him – and this child grew rapidly, reaching adulthood in just one day, to become the god Vali.

Vali then journeyed to Midgard and killed Höðr with an arrow, mirroring the death of Baldur. In Norse mythology, Baldur's death is one of the signals that Ragnarok, the end of the world, is coming.

The legends of Höðr appear in the Norse Sagas and Eddas. In the Prose Edda, he is described in the Gylfaginning with a bit of foreshadowing, saying of Höðr: "He is blind. He is of sufficient strength, but the gods would desire that no occasion should rise of naming this god, for the work of his hands shall long be held in memory among gods and men."