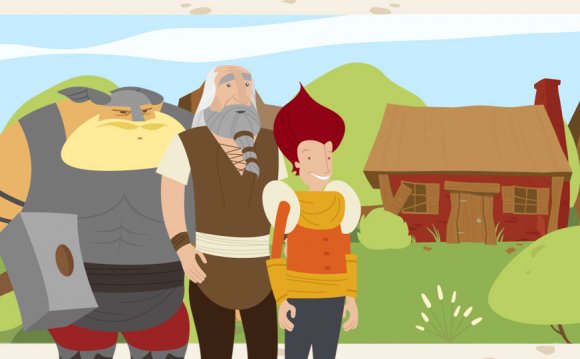 Most people have some passing familiarity with Norse mythology and legend. Even the days of our modern week are named after its gods and goddesses. But there is a dark side to the Nordic mythos that few people are aware of. Some of the episodes described below reveal uncomfortable truths about the cosmos. Some exhibit the jaundiced eye with which the Norse viewed life and death. And some are just gross.

1. A world made by murder

The Norse believed that the universe emerged from an empty, yawning gulf separating worlds made of ice and fire, respectively, inhabited only by a mysterious, hermaphroditic being named Ymir, who became the mother and father of the race of the jotuns, chaotic nature spirits that would later be the enemies of the Norse gods. Eventually, another being, Buri, came into existence, and his grandchildren, Vili, Ve and Odin, decided to create the world and fill it with life. But unlike the Judeo-Christian conception of God, the Norse deities could not create substance out of nothing, so Odin and his brothers did the only sensible thing – they murdered Ymir and made the world out of his body and the sky out of his skull. Ymir’s blood became the sea, his bones and teeth became rocks and mountains, and his brains the clouds.

The act of sacrifice gave great power to the three brothers, and they proceeded to give life and intelligence to human beings. The outlook of the Norsemen, who often saw the world as a cruel and unforgiving place, was surely influenced by the fact that they lived in a universe made possible only by death.

2. Odin’s loses an eye (and gains a little too much knowledge)

Popular literature makes Odin the most important of the Norse gods, but in reality he was an unpopular deity and his cult was never widespread beyond poets, shamans and kings. Odin practiced seidr, a form of magic considered unmanly, and was the god of frenzy, betrayal and death (in addition to inspiration and wisdom). A particular obsession of his was the hoarding of knowledge, and he sent his servants, ravens nicknamed Thought and Memory, out into the world to bring him news. Norse myths tell of Odin’s quest for the secrets of the universe. Wisdom came with a price: to gain insight into the future, Odin sacrificed an eye to drink from a magical well, but in the process learned of his own inescapable fate.

But worse was yet to come. To gain the knowledge of the runes, a magical writing system that could give great power to the user, Odin had to stab himself with a spear and hang himself from a tree for nine days and nights. In memory of this act, sacrifices to Odin were killed in similar fashion – including a few kings whose subjects grew tired of their failures.

3. Loki’s cross-dressing gets carried a bit too far

Loki was Odin’s blood-brother and something of an alter-ego. A trickster whose games often crossed the line into the malicious, Loki convinced the gods to make a wager with a giant who promised to build them a fortress in a short span of time. If successful, the giant wanted the hand of the goddess Freyja in marriage. When it seemed that the building would actually be finished on schedule, the gods threatened Loki with death. The wily deity turned himself into a mare and seduced Svaðilfari, the giant’s horse, making completion of the fortress impossible. You can probably guess what happened next – Loki became the proud “mother” of an eight-legged stallion, Sleipnir, who became Odin’s ride.

Loki’s malicious ways eventually caught up with him when he became responsible for the death of Odin’s son Baldur and composed scandalous verses about his fellow-gods. The gods, tired of putting up with him, bound him in chains made from his own son’s entrails and imprisoned him under the earth to wait until the end of days.