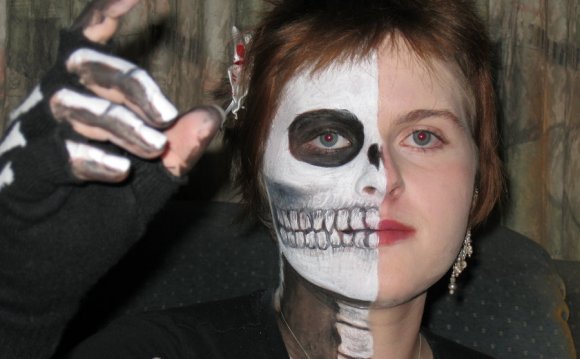 Even for one of the most talented actresses in Hollywood, acting like a all-mighty goddess bent on wreaking destruction can be difficult if you're only wearing a standard motion capture suit. On top of that, wearing such a suit in the hot Australian weather sounds incredibly uncomfortable, but if the Thor: Ragnarok trailers are any indication, Cate Blanchett pulled off her performance remarkably well despite these hitches. With a little over three months to go until Thor: Ragnarok's release, the final post-production touches are being made as we speak, which includes perfecting Hela's costume, antler headdress and all.

Despite the on-set issues, there was one advantage to wearing the mo-cap during a good chunk of principal photography, according to Cate Blanchett. She continued in her interview with E! News:

The Thor: Ragnarok costume department expresses their deepest gratitude that Cate Blanchett did not relieve herself in the mo-cap suit.

After being imprisoned for thousands of years, Hela will be awakened in Thor: Ragnarok, and she'll immediately set out to destroy Asgard so it can be reborn in her image. She'll be aided in her sinister plot by Skurge, the Asgardian who is guarding the Bifrost Bridge in Heimdall's absence, and the fire giant Surtur. Upon dealing with their messy situation on The Grandmaster's planet Sakaar, it will be up to Thor, Hulk, Valkyrie and Loki to stop Hela from initiating the apocalyptic event from Norse mythology.

We'll see how the fully-uniformed Hela's machinations unfold when Thor: Ragnarok is released on November 3. You can also check out what other Marvel movies are arriving in the coming years.