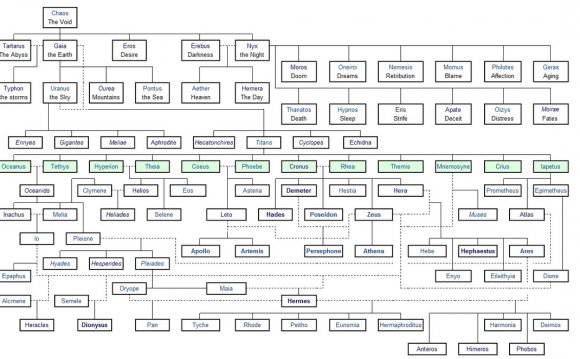 Glossary of Norse and German Mythology

Myth is the foundation of life; it is the timeless pattern, the religious formula to which life shapes itself…Whereas in the life of mankind the mythical represents an early and primitive stage, in the life of an individual it represents a late and mature one. - Thomas Mann

The following list came from a dozen or so sources, including translations of the Eddas. Where applicable comparisons with Greek and Roman deities appear. For a brief discussion of gods and archetypes see my Celtic Deities page.

Those of us with a German or Norse ethnic background have sometimes felt reluctant to look more deeply into our mythologies. In part this is because they are associated with conquest, and in part because the Nazis trashed them in their attempt to regress to the thought patterns of an earlier time. But these, our stories, were never intended for that; and they need reclaiming and dreaming onward for reasons similar to the need for Christians and Muslims to reclaim their spiritual roots from theocrats who wage wars in the name of the Prophet Muhammad or the Prince of Peace. The river of spirit has gotten polluted, but its headwaters remain clear and nourishing.

Very often seekers who abandon Western culture for Eastern or Native American do not realize the depths of what they leave behind. Our stories examine reincarnation, spiritual energy, gift exchange, the vitality of the soul, and the spirit of place. In the old Nordic worldview everything is in flux and begins, balances out from, and ends with polarities akin to yin and yang. Even the gods are subject to this, undergo transformation, and often pay for what they gain with a corresponding loss. Our concept of wyrd directly relates one's actions and intentions to personal and intergenerational consequences similar to karma. But our way of understanding these things reflects our own cultural framework and traditions. Coming home to them often increases respect for those of other cultures while eliminating the desperate drive to uproot and appropriate.

The pagan elements surviving in religious observance have often been taken note of. For uncolonized indigenous people-including the indigenous Celts and Germanics-religion as such did not exist. Native views of spirituality wed it to time and place, land and sea and sky, without need of a corporate hierarchy. And so a conqueror might ransack altars or rewrite the calendar, but the original forces live on-for example as Sun's Day, Moon's Day, Tiw's Day, Woden's Day, Thor's Day, Frigga's Day, Saturn's Day, Yule, Eostre, and All Soul's. Our forbears lived in an enspirited world, and that world abides, as do its animated sacred dimensions. As H. R. Ellis Davidson puts it, "The gods never cease their struggle against the creatures of cold and darkness."

Dedication: to my ancestors: my foremothers and forefathers who danced like furies, lived close to Earth, and held back the night in Britain, France, Germania, Holland, Scandinavia, Spain, Ireland, and Scotland. And what a ruckus in Rome: Diwrnod i'r bren!

Aegir ("AY-ear"): the Norse sea god, master brewer of storms, and husband to Ran, with whom he had nine daughters who personify as waves. Similar to the Greek Poseidon.

Alfheim: world of the elves.

Alvis ("All-Knowing"): clever dwarf outsmarted by Thor in a verbal contest for the hand of Thor's daughter Thruth ("Might"). The contest lasted so long that the sun came up and turned the would-be groom to stone.

Andhrimnir: the cook for the warriors in Valhalla. His name means "soot in the face." The pot he uses is named Eldhrimnir.

Andvaranaut: a magic ring named after the shape-shifting dwarf Andvari ("Andvari's Gift") and forged by Volund. When Loki stole it to pay a ransom, Andvari cursed it to bring trouble on whomever possessed it. This ring played a key role in Wagner's work and in Tolkein's. It was thought lost in the Rhine, but it resurfaces wherever greed trumps reason or peace.