Gods and Goddesses of Norse mythology 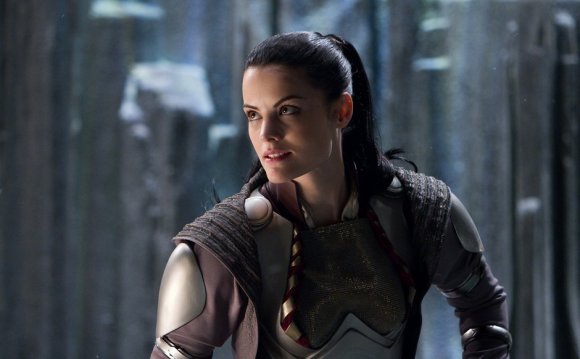 When Ymir lived long ago
Was no sand or sea, no surging waves.
Nowhere was there earth nor heaven above.
Bur a grinning gap and grass nowhere.
- Völuspá-The Song of the Sybil

Although we know a little from observations made by Tacitus and Caesar, most of what we know of Norse mythology comes from Christian times, beginning with the Prose Edda of Snorri Sturluson (c.1179-1241). Not only does this mean the myths and legends were written after the period when they were routinely believed, but Snorri, as is to be expected, occasionally intrudes his non-pagan, Christian worldview.

The Norse gods are divided into 2 major groups, the Aesir and Vanir, plus the giants, who came first. Some believe the Vanir gods represent an older pantheon of the indigenous people whom the invading Indo-Europeans encountered. In the end, the Aesir, the newcomers, overcame and assimilated the Vanir.

Tyr is the warrior god; Odin and Thor divide the functions of the religious and secular leaders and the Vanir are the producers.

Norse gods don't live on Mt. Olympus, but their abode is separate from that of humans.

The world is a circular disk, in the center of which is a concentric circle surrounded by sea. This central portion is Midgard (Miðgarðr), the home of mankind. Across the sea is the home of the giants, Jotunheim, also known as Utgard. The gods' home lies above Midgard in Asgard (Ásgarðr). Hel lies below Midgard in Niflheim.

Snorri Sturluson says Asgard is in the middle of Midgard because, in his Christianization of the myths, he believed the gods were only ancient kings worshiped after the fact as gods. Other accounts place Asgard across a rainbow bridge from Midgard.

The Norse gods are not immortal in the normal sense. In the end, they and the world will be destroyed because of the actions of the evil or mischievous god Loki who, for now, endures Promethean chains. Loki is the son or brother of Odin, but only through adoption. In reality, he is a giant (Jotnar), one of the sworn enemies of the Aesir. It is the Jotnar who will find the gods at Ragnarok and bring about the end of the world.