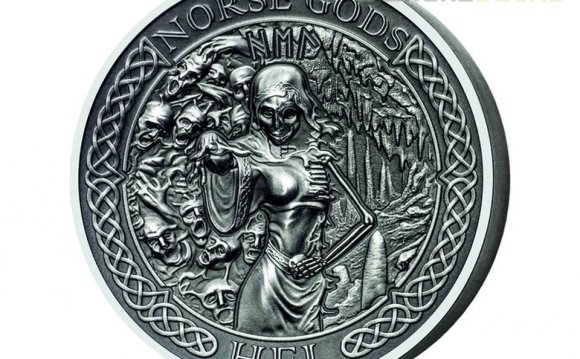 Hel is a giantess the daughter of Loki the trickster God and the giantess Angrboda. She is also the sister of the wolf Fenrir and the world serpent Jormungand. It was Odin the chief of the Aesir who threw Hel down into the underworld, Hel then made the underworld into her own realm and crowned herself Queen of Helheim.

The entrance into Helheim

The entrance into Helheim, is guarded by a dog named Garm “Hell Hound” the dog is bound in the cave called Gnipacave “Gnipahulen” the dog and is howling, everytime new people arrive. The dragon Nidhogg (old norse “Níðhöggr”) will then be alarmed that new blood is on the way. Nidhogg will then suck the blood out of all the dead people who arrive, so they become completely pale. When all the blood has left their bodies, it is easier for Hel, to get them into her army of the dead. The army will oneday attack and destroy the world at Ragnarok which is “the end of the world”. Hel will use her ship Naglfar, it is built with the nails from the dead.

Hel is surrounded by a tall fence called Nágrindr “Corpse-Fence”, and it is a very creepy place to be. But not everyone will go to Helheim when they die, it is only those who died of illness, old age or was not brave enough in the eyes of the Gods that was sent to Hel. Hel lives inside Helheim in a big hall called “Icy cold and sleet”, her throne is called “sotte bed” and her bed is called sick-bed, and the curtains around it Misfortune. The dining table is called Hunger and the knife is called starvation.